I’ve always liked sleeping, liked a comfy bed. One of life’s proper yet simple luxuries. I need sleep, when I’ve not had enough I really can’t function no matter how much caffeine I consume. When really tired I’ve been known to nod off even after the strongest of coffees.

I discovered the power of a daytime nap, referred to by many as a Nana nap, at 18 when I had glandular fever. All I could do was sleep, it helped me survive the summer after A-levels and the ensuing fatigue that can last for years after a bout of that typically teenage virus. Afternoon power naps saw me through many a late night at university (never really did a great deal for lecture attendance mind you ;)).

Once childbearing arrived, the “sleep when baby sleeps” phrase carried me through some most excellent sofa snoozes. Blessed with a baby that slept really bloody well first time round meant I was often surprisingly well rested for a new Mum. I survived the pregnancy of my second child by sleeping on the sofa snuggled with my toddler who was wide awake but thankfully kept still by endless viewings of Cars and Finding Nemo (I think I still know the full script of both).

Having chosen not to return to the normal 9-5 workplace post maternity leave I still have opportunity for a good Nana nap. Many a shift of swim teaching has been enabled by a lunchtime nod. A post cold swim snooze is often a great way to warm up after a particularly nippy outing. Snuggled up in bed, the cold having wiped me out, enjoying the satisfaction of being snuggled up again under blanket or duvet, enjoying the tingly buzz.

On top of what I think of as the more justifiable reasons for a nap, there are other occasions I nap too. When I’m bored I get tired so often snooze out of boredom. Even more so I get tired when I’m stressed or emotional. My body’s natural reaction. After a good cry or burst of anger or frankly any kind of emotional outburst I just want to sleep. It’s like my emotional outbursts, or the energy it takes to keep them at least slightly contained, are so extreme they sap me of energy. Not uncommon I’m sure and it’s a place I’ve been in before.

During lockdown it’s fair to say my emotions have been somewhat heightened. It’s not a happy place for my head. Unable to do many of the things I’d like, frustrated at being unable to work, generally feeling a bit pointless, lots of negative thoughts running riot. I’m finding watching others carry on working or now, returning to work, tough to take.

There are a lot of things I could be doing at home to work towards a new normal after lock down but the combination of the above, as well as the kids pootling around, makes concentrating on anything hard.

And so I revert to sleep. A lunchtime snooze if the boys are occupied with something.

I clearly need it some days, it’s rare that I end up awake all night as a result of a daytime snooze at the moment, but I often wonder if I’m just using it as an avoidance tactic to hide from Groundhog Day for a bit.

But here’s my quandary. Sometimes I feel better for the nap, able to tackle things, play with the boys, and have the energy to do some exercise. More often than not though I wake up feeling guilty that I’ve wasted the day. Feeling groggy, bad that I’ve abandoned the kids to the TV again, bad that I haven’t done anything in the house, made a nice tea or got on with all those things I could be doing in the background towards the new normal.

And not achieving anything is just feeding more and more into my feelings of pointlessness and general frustration with current times. I’ve been here before, when depression’s raised its head previously. Breaking the habit of the nap helped with recovery, made me feel more worthwhile again.

But these aren’t normal times. I don’t have a lot of the other tools in my box I used alongside ditching the nap. Life is, fundamentally, still quite dull and boring! That ability to concentrate isn’t suddenly going to come back again when I’m as restricted as I currently am.

So what do I do? Continue to take advantage of the opportunity to nap whilst stuck at home or actually find some will power and ditch it?

I am yet undecided. Maybe I need to ration myself. Allow myself a couple of Nana naps a week? Only when I’m really tired and have actually earned it? Perhaps easing myself away from the daytime snooze is part of my gentle easing out of lockdown. Who knows?

In an ideal world I’d probably just sleep for the next few months and hope everything’s blown over by then…….. 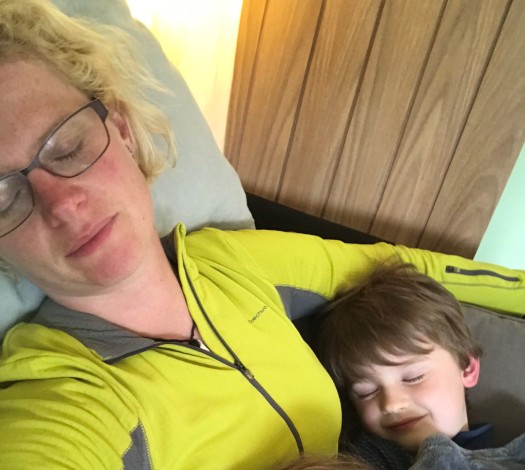