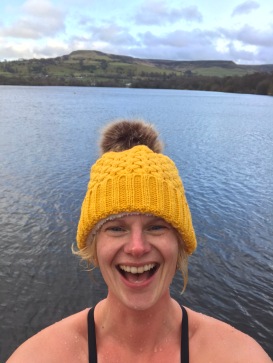 For the last 10 days of 2019 I posted a photo a day on Facebook and Instagram to represent each year in the last decade. They weren’t necessarily highlights of that year. Just a picture that represented a thing I’d done. Something I was proud of or something that just represented where my life was at in that year.

A lot has changed for me in a decade, 10 years is quite a long time after all! I’ve moved to a new place, become a mum, become unemployed (of my own choice), re-trained and found new employment. I’ve fallen in love with new people and new places.

It’s made me happy and sad looking back through a decade of pictures. Spotting people who are no longer with us. Remembering times when life was quite tough. But so many happy memories too. The biggest thing to watch has been an evolution of my life that I never expected or planned.

I’ve never been one to have big long term ambitions. I always knew I wanted a family but everything else in my life has largely been a series of fortunate events. I certainly never had aspirations to be a waste management consultant or a swimming teacher. I’ve just taken opportunities as they’ve arisen and run with them.

I suppose, deep down, I’ve always been the kind of person that says “go on then, why not”. Throw an opportunity at me and if it interests me I’ll give it a go. I always think things through first mind you, I’m a big weigher of pro’s & cons before I take the plunge, but quite often I’ll say “yes”. Through this decade that “yes” person cleared off for a while. The depths of post-natal depression, the exhaustion of child-rearing befuddled my brain. Whilst I still wanted to say “yes” I found it hard when all I wanted to do was curl up in bed. I became too fearful to take risks, to have adventures. I was just so bloody tired!

But slowly, slowly it came back. I found the “thing” that re-ignited my ability to say “yes”. The pivotal year was 2015 when I went back to the pool and fell in love with water again. In 2016 I fell in love with it all over again when I started immersing outside.

It’s been such a hugely influential part of my life. One that’s changed me but also drawn back out of me my ability to say “yes” as well as a sense of adventure that’s always been there too. You only have to look back at my 2010 shot to see that I suppose.

I’m not sure my outlook on life has changed significantly in a decade but it’s certainly become richer and more varied. I have some exciting plans for 2020, some may pan out, some may not, but what the last decade has taught me is that saying “yes” is a powerful tool to happiness and a fulfilling life. 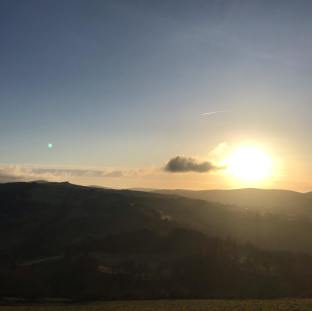 2018 – Summer Solstice adventures with The Short One

One Reply to “The End Of A Decade”