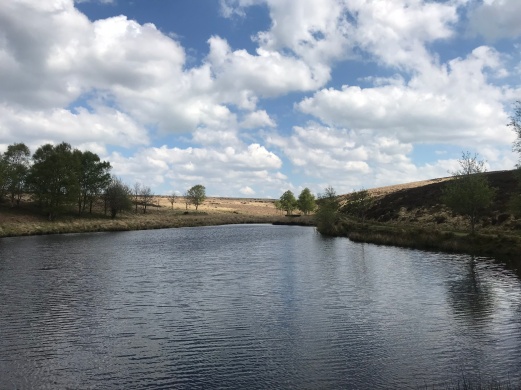 In four weeks’ time I’ll be travelling back from Wester Ross in North West Scotland having witnessed The Short One complete the XTri Celtman Extreme Scottish Triathlon. An Iron distance triathlon with a 3.4km sea swim, a 200km road ride and a marathon over Scottish Mountains. I’m saying I’ll have witnessed her complete it because I have no doubt in my mind that she’ll finish in whatever form that finish is. If we need to carry her over the finish line we will!

We’ll be joined on the journey by The Short One’s support runner Connor, also known as “The Even Taller One”. He’ll be running the last half of the marathon with her at the end to keep her safe and deal with possible tears and tantrums induced by 10 hours of solid exercise by that point.

Since The Short One had confirmation that she’d got a place in this once in a lifetime race I knew I’d be involved. The opportunity to spend 5 days in North West Scotland wasn’t to be missed and I knew she’d need support to get there. So, for the last 6 months I’ve been open water swim training buddy, sounding board and general sanity checker.

Over race weekend I’ll be in charge of making sure she gets where she needs to be, fed and clothed in the right stuff at the right time, relaying facebook and Instagram messages of support and being the shoulder to cry on when she’s broken as well as the one who tells her to stop crying and get on with it. It’s an unsupported race so there’s no feed stations or contact with the race organisers except at transition points. All the support comes from me and The Even Taller One. Quite a task!

So what do I get out of it other than a few days bezzing around in a camper van in Scotland? Water, that’s what I get!

Check out the maps. Look at all the beautiful blue! Lochs, Lochans, rivers, burns, waterfalls.

Last year when we had our midsummer trip I got a proper challenge out of it. I had to get fit to manage a hike up Scafell Pike, swim down Wast Water and not fall off my bike cycling out to the coast Summer solstice summit to sea – We did it!. This year my challenge is to dip in as much of that beautiful blue as I can……………obviously without compromising my support services on race day.

But do I need to train for that much dipping? How do I know my body will cope with spending most of that 5 days damp? Last week I went for my own little training session around the Peak District 😉

I’d already swum in our regular swim spot that morning with The Short One. After I’d dropped the kids off at school I headed over towards Sheffield where I’d arranged to meet a friend at a waterfall.

And so the 2nd dip of the day happened. Swimming against the flow, sitting in a natural cold water Jacuzzi, enjoying a massage under the falls and ducking behind them on the undercut ledge. We jumped off rocks into the deep plunge pool. A heavenly way to spend an hour or so.

And then my journey continued for the next few hours, visiting spots I’d swum in before plus a couple I noticed as I was driving past and thought looked dippable.

I plunged into cold water 6 times that day. I changed into dry swimwear after the first couple of swims but soon ran out and just kept damp pants on under my changing towel. I spent most of the day in a changing towel, down jacket and trainers. It’s a very strong look!

So, what did I learn from my training day?

As long as I don’t spend too long in the water I don’t get the post swim shivers and warm up quickly. The waterfall swim left me with full body shivers and it took a good while to get rid of them. Each subsequent swim was shorter and I didn’t shiver.

Not putting your head in helps. Having dry hair makes a big difference to post swim recovery. It feels a bit like defeat but if there are dips that mean I’m just doing a bit of heads up breastroke then I’ll be keeping my head dry. Obviously if it’s a waterfall that seems pointless so I’ll be sticking my head right in and re-enacting the Timotei advert as often as possible.  I’ll just have a good towel rub and massive bobble hat waiting.

Each dip got easier with less shock to the system as I got in. Water temperatures will have been comparable at each location so I’m sure it was just my body turning off its reactions the more I did it. Acclimatisation works over many timescales.

Wind is mean. I already know this, wind is not my friend when it comes to getting cold when swimming. It was a sunny day but the wind took any warmth straight away from bare skin. As soon as I’m done I need to make sure I’m covered from the elements.

Changing towel, down jacket and trainers is a winning combination for driving between swim spots. Easy to get on and off and it keeps me warm. Various other layers can be added as needed. The Dryrobe on the car seat offered an extra layer of warmth and waterproofing whilst I was driving too.

I need to pack plenty of swim wear for Celtman. Actual swimwear and any other underwear that approximates swimwear I own. As much as I’d rather do all this as a skinny dip I don’t think The Even Taller One or his wife would appreciate me flashing him all weekend. Driving round with permanently damp undergarments is fine for short distances but I’m not sure I’m up for it for 14 hours.

I’ll report back on how many dips I manage in just over 4 weeks’ time! 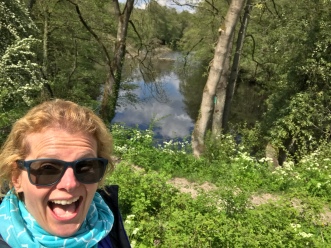 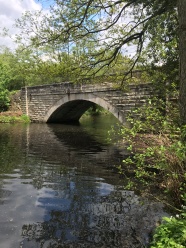 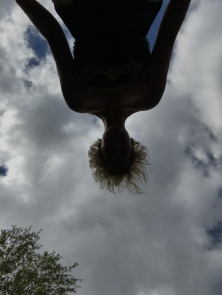 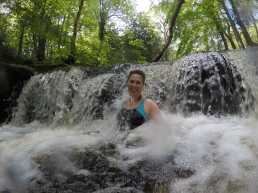