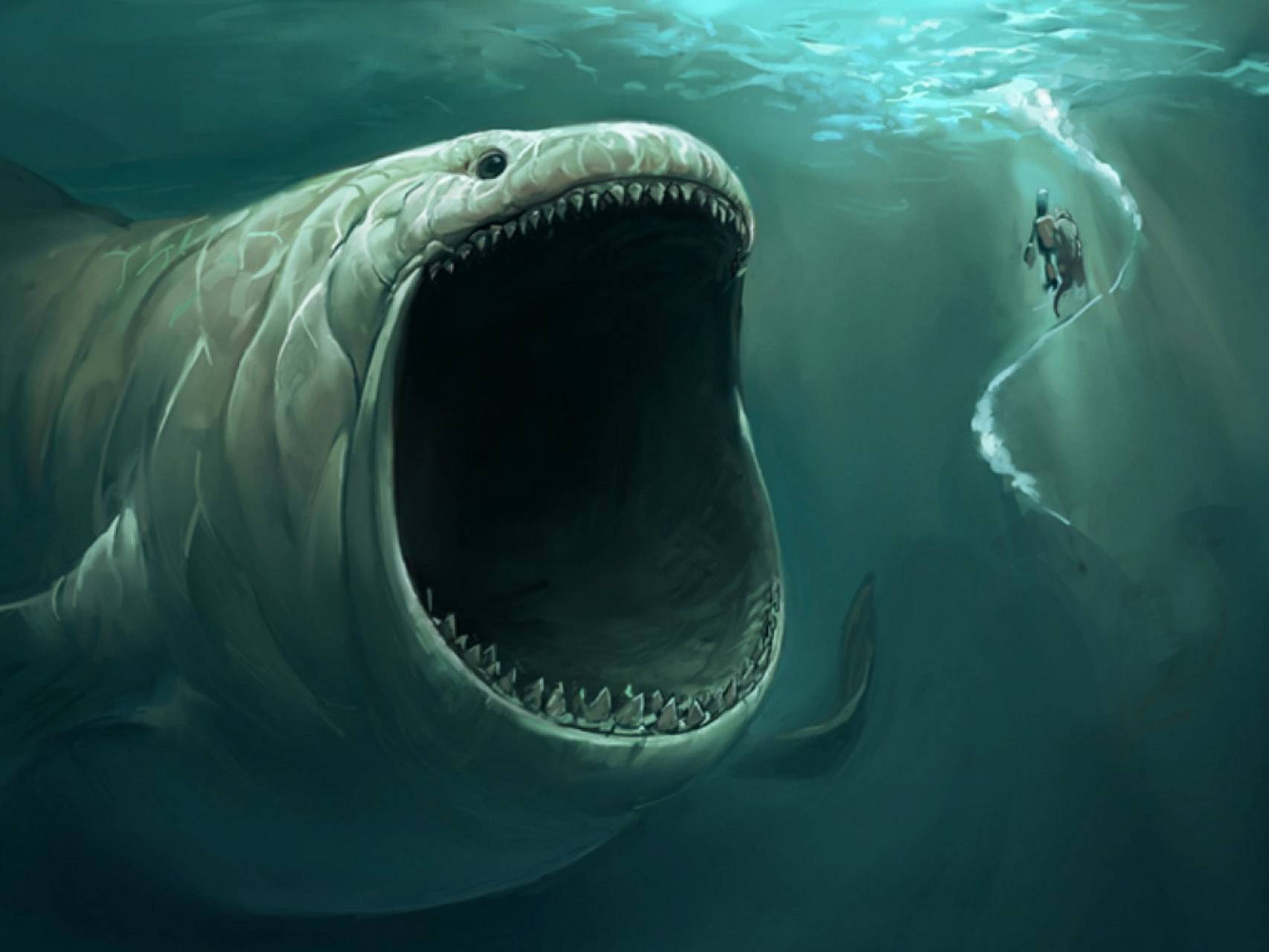 So many people ask me “but what about the stuff that’s in the water?” But what stuff are we talking about and does any of it make open water swimming unsafe?

The list of “stuff” can be extensive; monsters, tentacled, toothy beings from the deep; endless weeds that entrap and draw you under; unknown objects lurking in turbid opaque waters, waiting to trap or lacerate; endless deep water, no end or bottom in sight; diseases, germs, parasites, pollution.

This blog deals with the big stuff, the monsters, weeds, mysterious underwater objects and the deep. I’ll cover the teeny tiny bits that you can’t see another day.

Alright so when I say “monsters” I’m covering animals in or on the water, be that fish, frogs, insects, birds or anything else that might pop into an over imaginative brain.

If you’re swimming in inland waters in the UK we’re talking about nothing bigger than a decent sized fish in the water. Yes, some of them have got sharp teeth and they might occasionally eat the odd duckling but you are significantly bigger and scarier than a duckling and they’re going to stay away from your splashing as best they can. Basically they’re going to be far more scared of you than you are of them.

I have yet to see a fish that hasn’t swum away when I’ve appeared. Even in coastal waters around the UK we just don’t have anything that’s going to come and nibble on you, at least not with malicious intent.

As far as birds go the same usually applies. Geese and swans with babies are less likely to back down and might try and see you off but as long as you steer clear you’ll be fine. We often have a large flock of geese at our regular early morning swim spot. We’ve discovered if you just hiss back at them when they get a bit ansty they tend to back down. I did have a run in with a cormorant last summer but even that gained me nothing more than a scratch and a good story to tell here The Confused Cormorant.

As long as you respect the wildlife, be aware they are there and that it’s you encroaching on their habitat you’ll be fine. You probably wouldn’t be keen if a goose came and hung out in your living room uninvited after all.

Now we come onto the other monsters, the one’s in your head. The biggest thing I had to overcome when I started swimming outside was my own imagination. Every shadow, bubble or leaf incited panic that some creature was coming to get me. I’ve eventually put it down to too many nature documentaries as a child.

Over time I overcome that fear. My regular swim spots don’t contain the monsters anymore but they still creep into my peripheral vision when I swim anywhere unfamiliar. I’m not sure it will ever leave me but, I’ve rationalised that it’s a normal fear and one that’s really never going to come to anything……….unless you decide to start swimming with great white sharks or something. In which case knock yourself out with the fear and a few safety worries!

Plant-life, weeds, leaves, twigs, branches, stuff that touches you. What’s the issue here? Are you really going to get entrapped in weeds or is it just a bit weird to feel stuff tickling you as you swim through it?

Usually it’s the latter. The feeling of weed in the water triggers that over active imagination. Touching something you can’t necessarily see could be a monster about to come and get you (or at least that’s what my brain thinks). Is it actually going to cause you problems as you swim though?

If you end up in a particularly thick patch of seaweed there is a very very slim chance you could become entangled and struggle to get out. If you’re in thick weed it can be hard to swim through simply because your hands can’t push you through the water well enough and you can end up with weed covering your goggles.

The best thing to do if you find a patch of weed or a load of leaves or twigs on the top of the water is to try and swim out of it. Stay as flat on the surface as you can and look ahead to see if you can find an area of clearer water. Head out into deeper water where weed is less likely to get to the surface. If you’re at an organised venue and plant-life is a real issue to you ask the venue operator if they have any weedy spots and where the best parts are to swim if you want to avoid the risk of touching anything. If the prospect of touching stuff is a real problem for you get some neoprene gloves and socks and you won’t feel it!

Yes, I have seen all of those whilst swimming. I’ve also undoubtedly swum over many of those things and more without realising.

Visibility in the water at lots of open water swimming spots can be poor. Sometimes because of its depth but often because the water just isn’t crystal clear. Murky water doesn’t always mean it’s polluted or dirty, but simply that there’s sediment in the water. You won’t always get sick from swimming in murky water (more on that in the next blog) but you do need to be careful of what could be hidden by it.

If you don’t know for sure what’s under there be careful. Don’t jump or dive in, wear something on your feet, and take your first swim at that place carefully. If you can go with someone with prior knowledge all the better, they might know where submerged items are.

Be cautious if the water level’s changed since you last swum at a particular spot. A lower water level could leave you closer to submerged objects than on your previous swim. In turn higher water levels might mean debris from upstream has washed down.

Last summer the water level in our regular swim spot dropped dramatically and some enormous pieces of metal work emerged. We had no idea they were there. Now we know we might brush against them when the water level drops again.

Why do we have a fear of deep water? What is it that makes us scared? Is it the safety campaigns that we grew up with that drilled into us that deep water kills (without actually explaining why!)? Is it the unknown? Is it not being able to see the bottom? Not knowing how long you’ll need to swim for before you can rest?

Probably a mixture of all those things but, for me, it’s very much the unknown. I know I can swim, so I know I can keep my head above water without needing to touch the bottom. But I don’t know what’s down there, lurking in the depths, waiting to come and get me.

If you’re worried about deep water but want to swim outside try swimming where you know you can stand up or near the shore so you know you can get out and stand up if you need to. Do it slowly, take your time to get used to not knowing where the bottom is, go with experienced friends who can support you, go to an organised venue where you know someone can help you if you get into trouble when you’re out of your depth. Never swim further away from shore than you are confident you are able to swim back from. I always add a margin of error onto that to allow for changes in weather, getting cold and tired and any other unexpected events. With time and experience you can get used to it.

Deep water can be dangerous if you’re not an experienced open water swimmer who understands the risks but as long as you’re sensible it shouldn’t be a barrier to having a great experience.

That was the big stuff, the bits you an see. Next time might be a bit of a geography lesson………brace yourself 😉